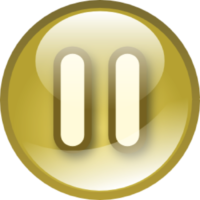 How To Ease The Monkey Mind Part 2

The power of the Pause

What happens when some one pushes your buttons?
They push the play button on an emotional response to that particular provocation or situation.

Now the scary thing is that most of these emotional reactions have been laid down as neural pathways in our brains by past events. So when we react to things in our present we are actually using an emotional response from the past.

Now if we were to put that in terms of “free will” or “freedom of thought”, we are actually denying ourselves of the opportunity to act with free will when we react in this way.

Other animals mainly act on instinct alone; when threatened or cornered, when hungry or when socialising they have behaviours that are triggered by stimulus in these situations.

Human have the ability to reason, and to change their responses IF they so choose.
In order to do this you must have “THE PAUSE” between the stimulus and the response.
Do you remember your parents or grand parents saying “Now count to 10” when you got angry? Same thing!

It’s simple….right? But it is so hard to do because of these pre programmed emotional responses, that we have hardwired into our brains over the past however many years.

Scientists say that it is possible to break down the neural pathways that cause you to react a certain way. You do so by basically starving those pathways. When you choose not to react and go down that “neural” pathway you are robbing it of the chance to fire, and by continually doing this you will form new pathways and the old will disappear.

So you can teach an old dog new tricks, but it takes hard work.
Our first reaction will always be the one that is hardwired in our brains, it could be a reaction that was formed when you were six years old.
So as a first step to breaking down these pathways, when you feel your buttons being pushed PAUSE, then smile to yourself, and choose how you wish to react and execute your free will.

Stay tuned for the next update in this series which will give you the number one technique for taming the monkey mind forever.

Smile! It will change your day.
Sifu Nathan Head.